Dr. Nagata is a well-known magnetic material expert in Japan and the world, and is the inventor of many rare earth magnetic materials. Xiamen Tungsten Industry Co., Ltd. (hereinafter referred to as “Xia Tungsten”) has attracted a large number of talents with its competitiveness and innovative ability. Dr. Nagata is one of them. He has been working in China for a long time and has already regarded this place as his own hometown. “My goal is to create a world-class magnetic materials research institute and factory in China,” said Nagata. His dedication to the study of magnetic materials makes people sigh "science without borders"! He also said, "If one day unfortunately dies, I hope to be buried here and buried in a place with rare earth mines."

The "workaholics who love magnetic materials" is the evaluation of Nagata Hiroshi by the Xiamen Tungsten Rare Earth Magnetic Materials Research Institute. How does this “workaholic” become attached to magnetic materials? In the interview, Nagata took up a small powerful magnet produced by the company and danced and said that his interest in magnetism began in college. "In college free time, I have been studying where the magnetism of the magnet comes from, and it is incredible that the magnet can be sucked together!"

As the first high-end foreign expert in Fujian Province to be selected as a national high-level foreign expert, and the first foreign-invested thousands of experts in Fujian Province, Dr. Nagata Hiroshi started his work in Fujian and started to establish a rare earth magnetic materials research institute. Tungsten has developed the world's highest performance tantalum sintered magnets and the most energy-efficient manufacturing process, filling the gap between international and domestic.

"When people mention magnetic materials, they think of Japan, but in fact most of the raw materials come from China. Only advanced technology, no abundant resources, can't be the first in the world." Nagata said.

Indeed, technology and resources, one for the "root", one for the "ben", whoever left, have to fall. In other words, what is such an important rare earth? Rare earth is an important strategic resource and an important raw material for high-tech industries. China is a veritable “rare earth country”. Rare earth resources are not only complete in type, but also rich in reserves, which is the highest in the world. Fujian Province is rich in rare earth resources and is mainly distributed in Longyan and Sanming. Due to the late development and better protection, according to the expert census, Fujian Province is rich in rare earth metals such as strontium and barium, and has few radioactive elements. The prospect of development and utilization is very broad.

Since joining Xiamen Tungsten in 2010, Nagata has led the construction of the Rare Earth Magnetic Materials Research Institute and actively assisted in the preparation and operation of the magnetic material production line. He has achieved a series of results and successfully developed the world's highest performance 49SH material, and passed the foreign-funded enterprise. Review. At the same time, Nagata has continued to promote research on low-cost formulations and processing technologies. In view of the current situation that most NdFeB permanent magnet materials have poor heat resistance and low-quality control rate, he led the research and development and developed a series of new technologies, especially the grain boundary diffusion mass production technology, which not only dramatically improved. Heat resistance and quality have successfully developed a new 43UH brand NdFeB magnetic material with a magnetic coercive force and a magnetic energy product of up to 70 or more. In addition, the magnet materials currently developed have also been well evaluated, and important indicators such as coercivity, heat resistance, and maximum magnetic energy product have reached world-class levels. 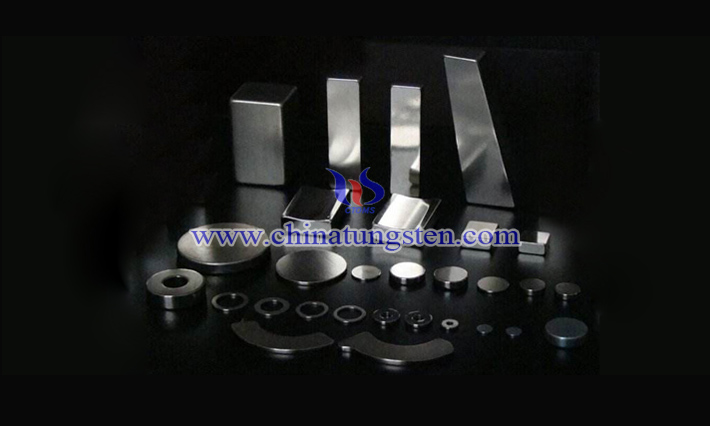 Nagata is also committed to promoting Sino-Japanese exchanges. He promoted the introduction of the world's latest equipment such as energy-saving sintering furnaces, and jointly established the Sino-Japanese (Okinawa) common exchange cultural circle with Fujian Province, and facilitated the visit of the director of the State Administration of Foreign Affairs to the University of the Ryukyus to help the mutual friendship. Development and promotion of the two sides reached a preliminary consensus on the research and development of advanced wind power projects.

Nagata Hiroshi is in Xiamen Tungsten and has made many contributions to China-Japan friendship. He just said, "I hope more Japanese companies come here to build factories and introduce more advanced technologies, so that they can form an industrial chain and bring the world's magnetic material development and application factories to Fujian."