You Are At:Home»Tungsten News»Rare Earth Emit Light, The Accuracy Of Tracking Pollutants Is Comparable To Electronic Positioning

Rare earth is the general term for 17 rare earth elements, that is, 15 lanthanides + lanthanum and cerium. So, do you know that luminescence is one of the characteristics of rare earth elements? Some experts have shown that under the excitation of light, strontium (Tb3+) emits green light with a wavelength of 545 nm; and erbium (Eu3+) emits red light with a wavelength of 613 nm. Therefore, the rare earth will emit light is valid! However, rare earths are used to track or contaminants in living organisms, or in the air, or in the soil. What is the accuracy of electronic positioning?

It is possible that everyone often sees such a scene in movies, especially in American movies: A country agent shuttles back and forth between high-rise buildings, which seems to be easy to use. In fact, its actions have already fallen on the opponent's electronic map. He is the fast-moving light spot on the map, and the orientation and possible moving position are collected by the special agents in front of the screen, and they are inferred one by one. This is electronic positioning! With it, other agents in the screen can strike and capture opponents more accurately and quickly. Experts say that in the future, we can track (detect) the air, as well as the specific substances in the soil and in the organisms in minutes, just like the tracking agents in the film. The rare earths are indispensable.

spy in the movie picture

At this point, you may be curious to ask: Where does the "light" from the rare earth come from? According to experts, rare earth ions can absorb or emit light of various wavelengths from the ultraviolet to the infrared region, and then release energy in the form of "luminescence." The so-called "light treasure house" - the luminescence mechanism of rare earth luminescent materials is also such a rationality - photoluminescence. The principle of the light of our common "night pearl" is also the same. This is the so-called rare earth glow like a night pearl. 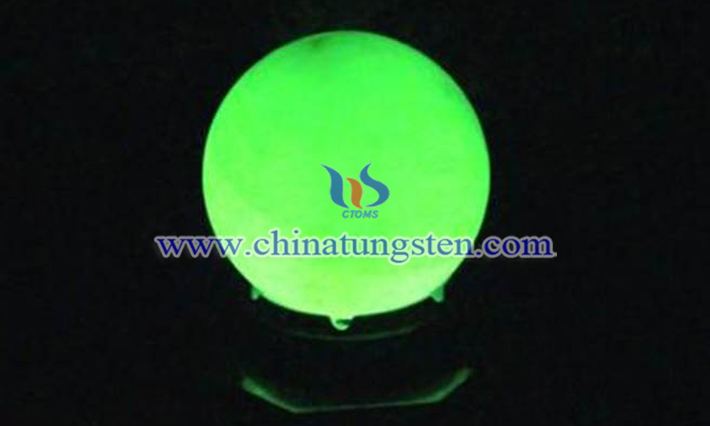 However, experts also mentioned that the ability of the rare earth itself to absorb light is actually not strong, and the luminescence is relatively weak. Therefore, in order to improve its luminous efficiency, it is necessary to find a partner - organic molecules, combined into metal-organic complexes, such as star materials - MOFs. Then, the organic molecules acting as "energy antennas" are able to transfer the absorbed energy to the rare earths, helping the rare earths to emit brighter light. It is reported that this kind of metal-organic complex is expected to be used in the fields of detection and communication, and will have the precision comparable to electronic positioning, and its luminescent properties can be used to detect heavy metal ions and small organic particles in an accurate, sensitive and real-time manner. molecule. In short, MOFs that emit light will be expected to be used for precision inspection and sensing.

It is reported that MOFs are a crystalline porous structure material with high porosity, which is filled with many tiny pores, which will result in so-called concentration enrichment, and then a lot of metal ions can be enriched. Moreover, the metal ions enriched by MOFs materials can even exceed thousands of times of general materials. So? Rare earth MOFs can sensitively capture even extremely small amounts of pollutants in the environment and are expected to meet the challenges of current water quality testing.

As we all know, when pollution occurs, it is not only necessary to be aware of it in the first place, but also to take immediate action. For the open environment of air, soil, river water, lake water, sea water, etc., if there is no real-time detection, it may not only miss the golden rescue opportunity, but also may lead to the expansion of the damage, even to an irreparable point. Therefore, at this time, you need a high-quality sensing or testing material! This sensing or sensing material requires three elements – sensitivity, selectivity and precision. Among them, the so-called selectivity means that the material should be able to "carry" different functional groups, that is, there must be enough "hands" to meet the requirements of detecting different pollutants, to achieve: Eyebrows, want to grab the beard and grab the beard. The author saw this, can not help but sigh, amazing, my rare earth MOFs! In this regard, foreign experts praised the detection method discovered by Chinese researchers as "a very clever way to detect metal ions"!

In the end, no matter which field you are in, if you want to stay behind and stay at the forefront of the discipline, there is pressure, not too small! Therefore, we should all thank our scientists for their work! Of course, I hope that future scientists will have some seemingly whimsical, or seemingly “nonsense” ideas, and play a wonderful, passionate “Rhapsody” with great industry characteristics!