You Are At:Home»Tungsten News»Tungsten cube sales increase by 300%, will cryptocurrency cause tungsten shortage?

As practitioners in the tungsten industry and cryptocurrency enthusiasts, you should know that tungsten cube has recently become one of the most concerned topics in the cryptocurrency community.

Tungsten cube is loved by many cryptocurrency enthusiasts because of its larger theoretical density (19.32g/cm3), higher strength and hardness, etc. It not only allows the holder to get a unique feeling, but also has a variety of functions. It can be used as a paperweight or as a holiday gift (such as Christmas Eve, Christmas, Spring Festival, etc.), and can even represent a person's status. What's more worth mentioning is that tungsten cubes that are gilded or engraved (such as blessings, mottos, etc.) and engraved patterns (such as logo) have more collection significance and appreciation value.

How influential is the cryptocurrency community? Will it really cause global tungsten shortage?

In the context of the strong demand for tungsten cubes by cryptocurrency enthusiasts, there’s question is that: "The cryptocurrency community will lead to global tungsten shortage.” This tweet has attracted the attention and comments of many people, but most commenters feel that this phenomenon is impossible because there are more tungsten reserves in the world. 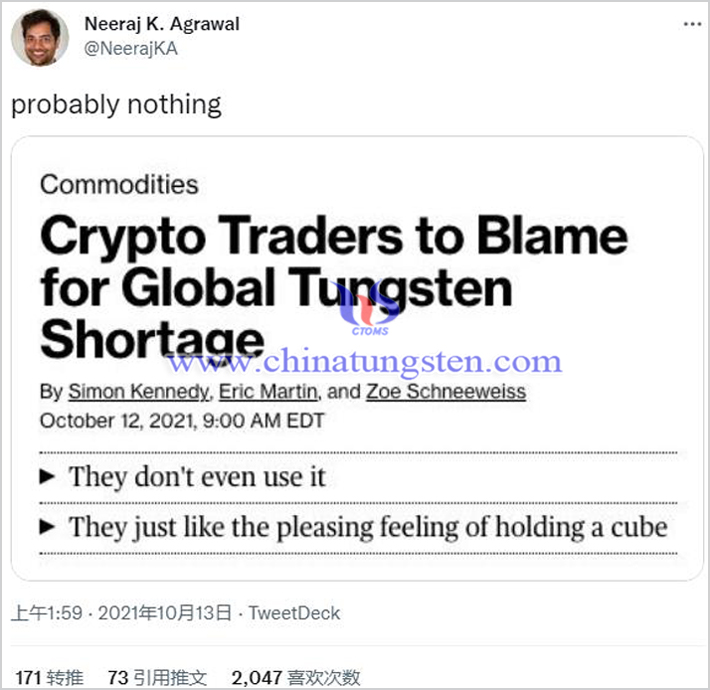 It can be seen that huge global tungsten reserves are hard for ordinary people to imagine. As long as the production equipment allows and the product quality is guaranteed, 3.4 million tons of tungsten reserves can produce countless tungsten cubes. Therefore, with the influence of the current cryptocurrency community, world tungsten resources will not be in short supply. 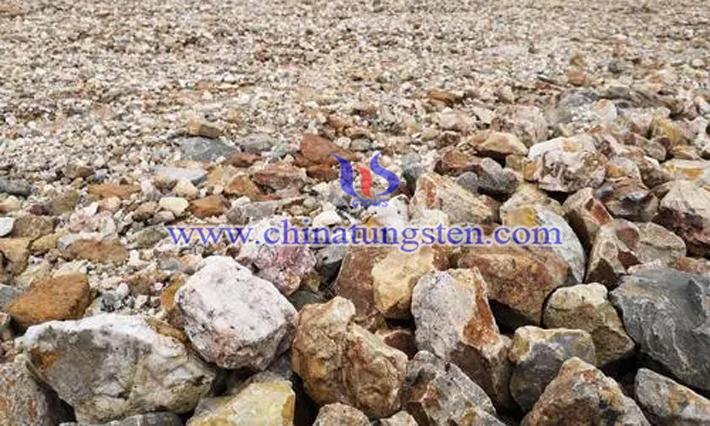 Disclaimer: The information in this article comes from the Internet, and CTIA does not hold any position or opinion on this. The translation made by CTIA is only for information sharing, and is not responsible for the accuracy of the translation, the authenticity, legality, accuracy, validity, and completeness of the content.