You Are At:Home»Tungsten News»Why Tungsten Wire Can Be for Photovoltaic Purpose by Replacing Carbon Steel Wire?

Nowadays, the most common diamond wire busbar in the photovoltaic industry is high carbon steel wire, according to Chinatungsten Online. However, with the development of silicon wafers in the direction of large size and thinning, this kind of wire is gradually replaced by fine tungsten wire.

What are the advantages of tungsten wire as diamond wire busbar compared with high carbon steel wire?

1, Smaller diameter. It helps reduce the loss rate of silicon wafers effectively. It is reported that the diamond wire busbar industry has begun to develop 35um wire, which is seriously approaching the limit of steel wire. The metal wire as a busbar has become an inevitable trend as it can have very good cutting ability in this diameter. 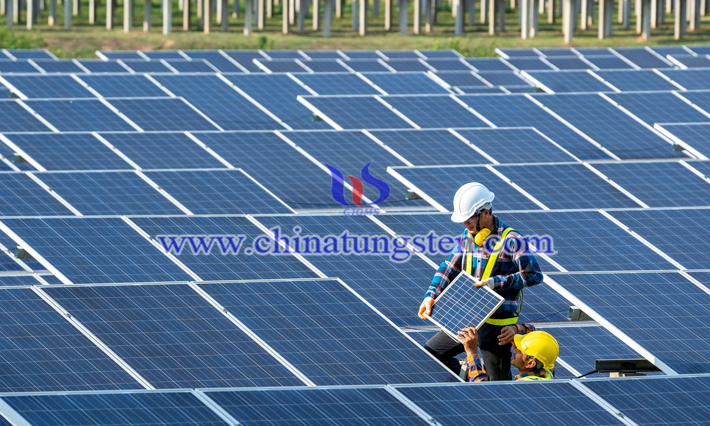 (3) Better corrosion resistance and oxidation resistance. When the coating is damaged, the wire will not react with the oxygen in the air to produce corresponding oxides like steel wire, thereby reducing the cutting performance.

(4) Higher cutting efficiency. In a certain period of time, the tungsten-based steel wire with the same diameter can be cut more times than the diamond wire made of steel wire, and the yield rate is higher.

(6) It is more suitable for cutting large-sized silicon wafers because the wire of the tungsten-based rigid wire is thinner, the breaking force is higher, and the silicon wafer will not be broken.

(7) More cost saving, mainly reflected in the reduction of the loss rate of the workpiece being cut and the increase in the number of times of use.